One of the best ways to thoroughly research a franchise or business opportunity investment before purchasing one is to get feedback from current and former franchisees involved in the franchise system. By contacting current franchise owners and asking about their experience with the franchised business, the earnings and/or success thus far, training and support from the franchisor, MCALISTERS CORPORATION, and whether or not they would buy the franchise again if they could do it all over again, you can learn what it’s really like to own a McAlister’s Deli restaurant before you actually purchase a franchise. It’s also a good idea to reach out to at least a few former McAlister’s franchisees to find out why they left or were terminated from the franchise system.

The difficult part of this step of the franchise buying due diligence process lies in obtaining a current list of McAlister’s franchise owners. That’s why we put together this complete mailing/telemarketing list containing contact the names, phone numbers and physical addresses of business owners in the franchise system and certain former franchise operators. It’s the easiest way to get honest reviews from franchisees that have already invested in the franchise opportunities you’re considering buying.

Order now to get instant access to the complete McAlister’s Deli franchise owners. 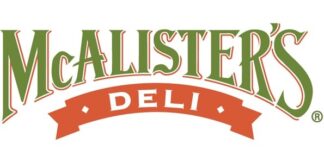 You're viewing: McAlisters Franchisee Owners List $99
Rated 0 out of 5
Download
We use cookies to ensure that we give you the best experience on our website. If you continue to use this site we will assume that you are happy with it.Ok