What’s included in the Freshii Franchise Due Diligence Report?

Each  Franchise Due Diligence Report involves custom research on and a complete investigation of the  franchise opportunity and Freshii Development, the franchisor that offers  franchised businesses for sale.  Our Franchise Due Diligence Report is designed to provide prospective franchisees all the information they need.  Let our experienced franchise experts take the leg work out of buying a franchise and save you countless hours searching online for information about Freshii/Freshii Development.

Information on earnings claims made to prospective Freshii franchisees in advertisements and by sales representatives.   A FRP includes any audio, video or visual representation that states or suggests a specific level or range of actual or potential sales, income, Freshii franchisee profits, or “break-even” figures.

Names, phone numbers and addresses of current and former Freshii franchisees.   This list can be a huge help when trying to collect accurate testimonials and reviews of a franchise opportunity.  Ask real Freshii franchisees what it’s like to own the business and ask if they’d recommend it.

We use an online complaints research tool to find any and all bad reviews that have been submitted online about the franchised business opportunity and franchisor.

A detailed look the business experience of key employees and executives working at the franchising company.

View an audited financials for Freshii franchises.  Franchise financial statements provide insight into the financial health of the franchising company and franchise system. 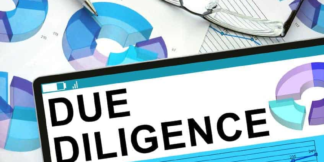 You're viewing: Freshii Franchise Due Diligence Report $299
Rated 0 out of 5
Download
We use cookies to ensure that we give you the best experience on our website. If you continue to use this site we will assume that you are happy with it.Ok